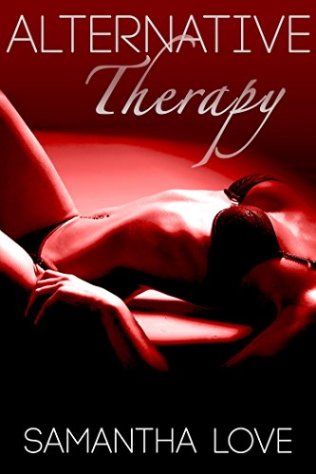 NOMINATED FOR THE GOLDEN FLOGGER AWARD

Dr. Glover has reached the pinnacle of her career. As a highly sought after sex therapist, she’s used to dealing with difficult and puzzling cases, but when a former high school classmate is referred to her care, Dr. Glover confronts the greatest challenge of her career.  Treating his loss of libido will require more than long whips and iron chains. Instead, she will be forced to rewire his brain with a mental surgery that will cut deeper than any scalpel.  Like all radical treatments, her unorthodox therapy carries significant risks for both her patient and herself. But one outcome is certain—Dr. Glover will enjoy the greatest power exchange of her life by witnessing a man relinquish all control for a “cure” she promises to provide.

Peter has everything. As CEO of a Fortune 100 company, his handsome face routinely graces the cover of Fortune. He dates movie stars and supermodels. From New York to LA, he’s one of America’s most eligible bachelors.

But Peter has a secret.

When he’s not releasing the hottest tech gizmo or strategizing the latest acquisition, Peter serves the world-renowned Mistress Lin. She’s pleased with his servitude, but Mistress Lin wants him to submit to her as more than just a paying client.

After they meet in Vegas for an extended session and a business crisis alters their kinky plans, Mistress Lin seizes the opportunity by taking control of more than just his fetishes. Peter won’t surrender easily, though. The proud CEO and the determined mistress will battle in a fierce game of power exchange that can only have one winner.

Claire is the doting newlywed who keeps the house spotless, grows the best tulips on the block, and bakes key lime pies earning blue ribbons at the county fair.  Her husband, Andy, manages the finances and works grueling shifts at the local coal mine.  While all may seem well, this young couple’s marriage is already on the brink.

From the first swing of the paddle, Claire discovers a new sense of power and confidence.  While Andy believes she’s taken a job at an upscale clothing store, he’s beginning to notice some odd changes in his wife.

This traditional, small town couple is about to discover that sometimes it’s better for the woman to wear the pants—even if those pants are made of leather.

CAUTION: If you are a submissive male currently wearing a chastity belt, gaining your mistress’ permitted release prior to reading this book is highly recommended.  The author disavows all responsibility for any resulting cases of blue balls, no matter how gut-wrenchingly severe they may be.

You have been warned.